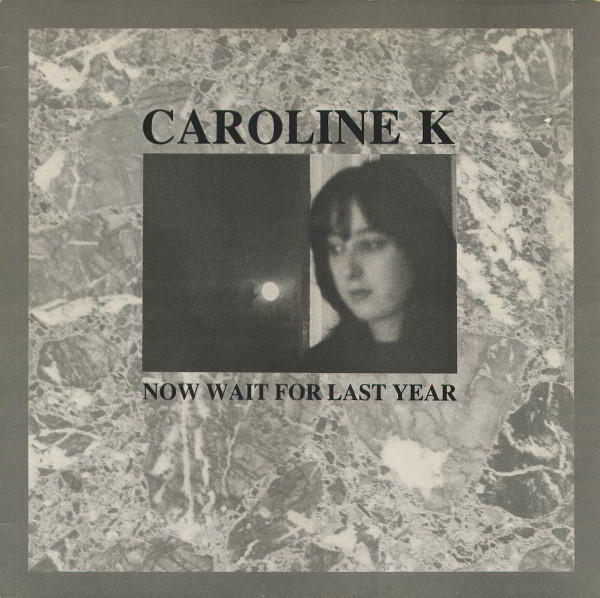 The last thing the world needs is another reissue of ’80s industrial/post-punk/minimal synth, eh? But those of you who are in any way familiar with Caroline K’s Now Wait For Last Year will understand why, when given permission to release a new vinyl edition of this outstanding 1985 album, we really couldn’t help ourselves. The work of the late Caroline Kaye Walters, co-founder of Nocturnal Emissions, it’s truly one of the most adventurous, emotive and accomplished full-lengths to come out of the UK underground in that period, and, thanks to Klanggalerie’s 2010 CD edition and no small amount of online file-sharing, it is firmly established as such (‘Animal Lattice’, you may recall, featured prominently on the inaugural Blackest mixtape, The Scold’s Bridle).

Nonetheless, Now Wait For Last Year has been unavailable on vinyl since its original ’85 pressing on Earthly Delights, which though not impossible to come by, is certainly rare, and certainly expensive. Given the explosion of interest in this sort of music over the past few years, and the sheer number of reissues flooding the market, we assumed it was only a matter of time before Now Wait For Last Year got the wax treatment…but five years passed, and nothing happened, so we decided to do something about it.

Now, in collaboration with Klanggalerie and with the blessing of Walters’ husband, Danny Ayers, we’re extremely pleased to announce a 2016 pressing of Now Wait For Last Year (BLACKEST050 / gg127-3), due out on April 29 and available to pre-order now.